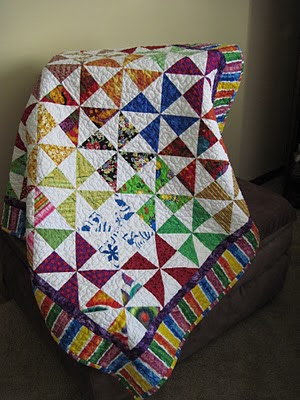 Let's face it.  We want it all.  We may say we don't, but we really do.  When my children were about 3 years old, we were in a store when Joshua found something that caught his eye.  He asked if he could have it and his dad explained that maybe sometime but not this day.  He  promptly replied, "But I need it!"  Before either of us could open our mouth to respond, his brother, Joel, wise beyond his years, stated quite emphatically, "Josh, you don't need it, you just want it."  While I am hiding my giggle behind my hand, Greg, using this as a what he refers to as a "teachable moment" expanded on Joel's insight.  We left the store with the shiny object in the store, still on the shelf.  Of course, I didn't realize at the time we had just set the tone for years to come.  We have used Joel's unexpected adult reasoning in many situations, both serious and in fun.  Years later find Greg with little need and very little wants.  Joshua has found what he wants in what he has and Joel has discovered it is okay to want something once in awhile.  Me???  Uhh, well, when it comes to fabric, I still want it all.  But I have made one change.  I want it all, but I really want what I can use for a children's quilt.
﻿﻿﻿
﻿﻿﻿ 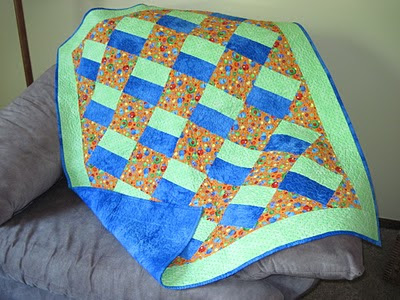 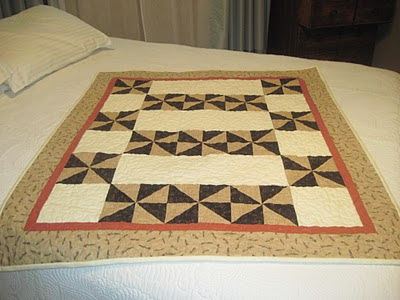 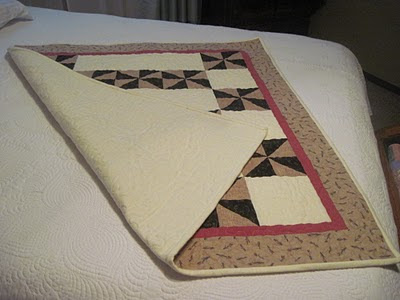 Every good story has a moral. I guess the moral of this one is...
All we really need is a roof over our head, some food, and a good quilt.
(A little bit of fabric doesn't hurt either)
Posted by Marla at 1:55 PM 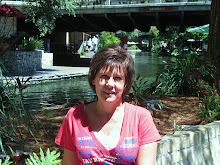 Marla
Lawrence, Kansas, United States
I'm married to a great guy and we have twin sons. They are both married to ladies that I am proud to have as part of our family. I can truly say both my sons are my best friends. Yes, I am addicted to fabric. Just because I admitted it doesn't mean I want help though. I love Diet Pepsi and doughnuts. Now you know my secrets!